How to Convert Roman Numerals Using Excel or Word

How to Convert Roman Numerals Using Excel or Word

In this article, I am going to teach you how to easily convert from Arabic or English numerals to Roman numerals and vice versa using Microsoft Excel or Word.

Without any further ado, let’s get started.

Converting Roman numerals to numbers can be done easily with Excel. Whether you want to convert just one roman numeral or a huge list of them, Excel can help you with its Arabic function.

The ARABIC function converts Roman numerals to Arabic numerals. It was added in Excel 2013. Thus, this function will not work for you if you are using an older version of Excel prior to Excel 2013.

Without any further ado, below illustrates how you can convert roman numerals into numbers using the Arabic Excel function.

Where: roman_text is the Roman numeral in text that you want to convert.

For example, the following formula converts xii to 12:

You can also include references to another cell or cells in your formula. This enables your formula to work dynamically with the data contained in those cells you are referencing from.

Don’t have time to create this formula?

I have created several beautiful templates that you can use to convert Roman numerals to and from the Arabic numerals.

The first section shows how you may convert roman numerals into Arabic numerals using Microsoft Excel.

You can also do the exact opposite using the ROMAN function.

The ROMAN function in Excel is used to convert Arabic numerals to roman numerals.

This function is explained below with examples.

Where: number is the Arabic number you want to convert into Roman numeral. The [form] part of the function is optional and is not even relevant here.

For example, the following formula converts 24 to XXIV:

Just like in the first example with the Arabic function, you can also include references to another cell in your formula. This enables your formula to work dynamically with the data contained in the cells you reference.

To convert numbers to Roman numerals in Word, click inside your Word document where you need the conversion to take place and press Ctrl+F9 shortcut on your keyboard. Two curly braces (known as field characters) will appear. Type =Number\*ROMAN between the two curly braces and press F9 to convert the Arabic number to a Roman numeral.

Note: You need to replace the Number in the code with the Arabic numeral you want to convert into a roman numeral.

For a more detailed steps to perform this task, obey the following instructions:

Where Numbers is the number you wish to convert into a roman numeral.

For instance, if you want to convert the number 24 into roman numerals, the field code should be {=24\*ROMAN}.

The steps below will show you how to do it:

I already made this template and you can download it from here. 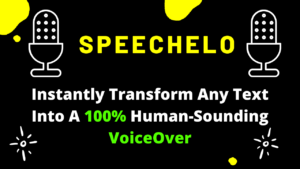